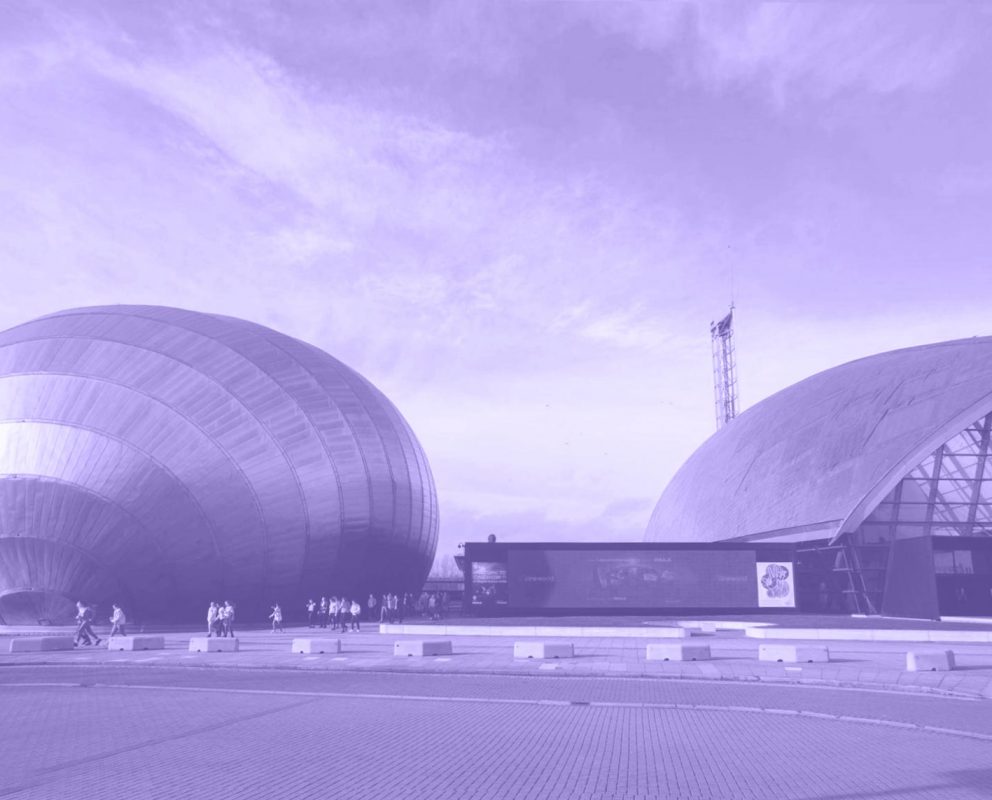 Winners of the International Design Competition “Reimagining Museums for Climate Action” have been announced.

Reimagining Museums for Climate Action is an international design and ideas competition launched on 18th May 2020 for International Museum Day. The competition, which closed on the 15th September, challenged designers, architects, academics, artists, poets, philosophers, museum professionals and the public at large to radically (re)imagine and (re)design the museum as an institution, to help bring about more equitable and sustainable futures in the climate change era.

The competition attracted significant international attention, with 264 submissions from 48 countries. Entries were judged by an international panel of museum, architecture and design, climate change, heritage and sustainability experts.

The eight winning teams will each receive £2,500 to develop their ideas into exhibits, which will be displayed at Glasgow Science Centre ahead of and during COP26, the United Nations Climate Change conference.

COP26 is due to take place at the Scottish Event Campus in November 2021. Glasgow Science Centre, which is situated next to the SEC, will be playing a key role in the conference. The exhibition will be accompanied by talks, workshops and other activities encouraging debate around the future role of museums and heritage in times of rapid environmental change.

The competition was developed by the UK Arts and Humanities Research Council (AHRC) Heritage Priority Area, led by Prof. Rodney Harrison of the UCL Institute of Archaeology, in conjunction with Colin Sterling (UCL Institute of Archaeology) and Henry McGhie (Curating Tomorrow). Rodney Harrison said “the number, range and quality of the proposals we received far exceeded our hopes and expectations. The response to the competition shows how significantly the need to transform our institutions for climate action is viewed by the public, and the hopes for museums to participate in a range of different ways in this transformation. We are excited to begin working with the competition winners and Glasgow Science Centre to develop our exhibition in advance of COP26 next year”.

The eight winning proposals are

Weathering With Us (Isabella Ong & Tan Wen Jun; Singapore) which imagines a new kind of contemplative museum space where climate action is materialised in the very structure and experience of the building.

Elephant in the Room (Design Earth: Rania Ghosn, El Hadi Jazairy, Monica Hutton & Anhong Li; USA)  which offers a fantastical story in which a stuffed elephant comes to life and forces museums and wider society to confront their role in climate change.

Natural Future Museums (Takumã Kuikuro & Thiago Jesus; Brazil/UK) which asks what it would mean to confer museum status on existing Indigenous lands in forests and other places that play a key role in climate action.

Jury members were impressed with the creativity and originality of the submissions. Miranda Massie, Director of the Climate Museum in New York said “It’s been an honor to serve as a juror for this important competition. Our collective will and talent must be mobilized to address the climate emergency, and museums, due to their popularity and public trust, have a central role to play in that transformation. RMCA elevates and advances that necessary role.”

“It was particularly enriching to see the range of different approaches taken by the projects, from speculative science-fiction, to collective action, to humour. When you see so many ways of responding to the same, looming crisis you think there has to be hope!” Professor Kavita Singh, Professor of Art History, School of Arts and Aesthetics, Jawaharlal Nehru University, New Delhi, India

Lucia Pietroiusti, Curator of General Ecology at the Serpentine Galleries, said the competition provided “An excellent and visionary brief to begin to think creatively not only about what museums – and the art field at large – can show or say, but what they can be. It stood as an example of thinking ecologically, that is to say, about systems, subjects and commitments as one and the same.”

“Engaging people with climate and environmental change is an essential function of socially relevant modern museums. I hope the competition will be a spark that ignites public museum partnerships to stimulate and provoke dialogue that responds to climate change in communities worldwide. I congratulate the organisers for their leadership in this essential endeavour showcasing what is possible between museums and their publics at COP26 in Glasgow.” Asher Minns, Executive Director of the Tyndall Centre for Climate Change Research

Further information is available on the competition website www.museumsforclimateaction.org

Please send any queries to enquiries@museumsforclimateaction.org