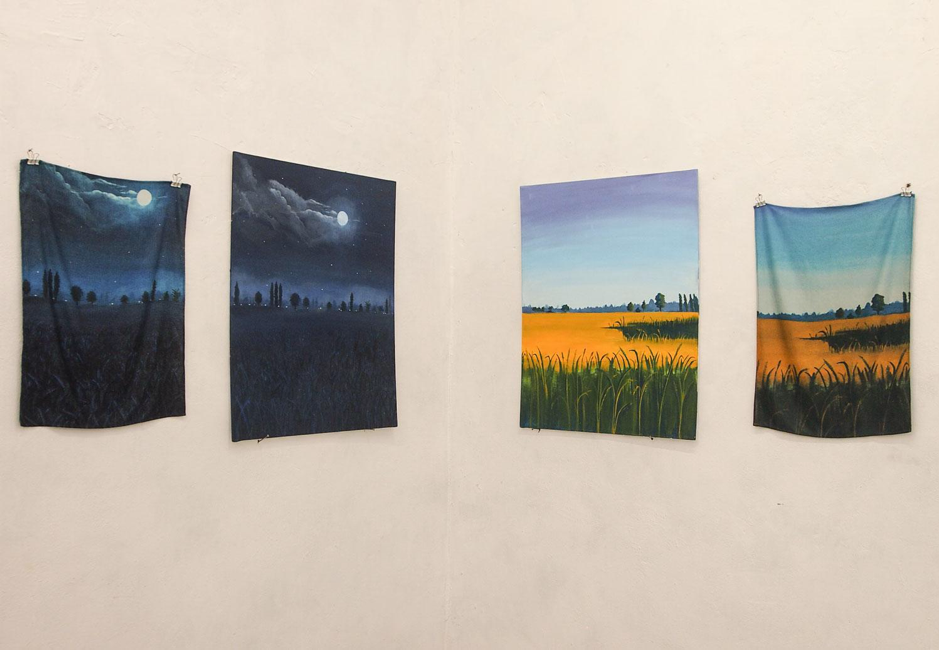 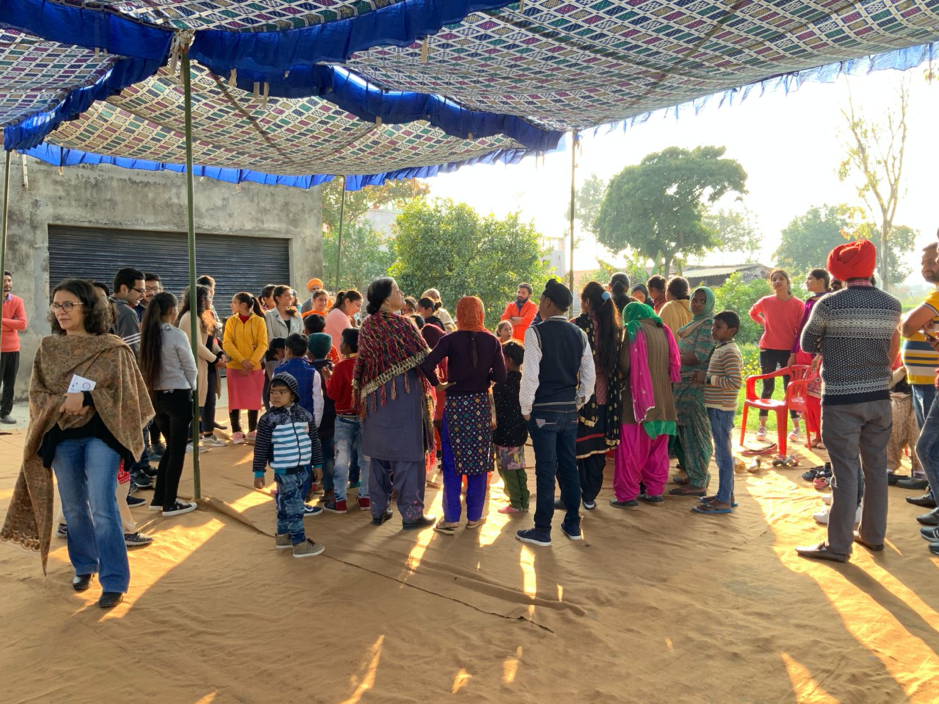 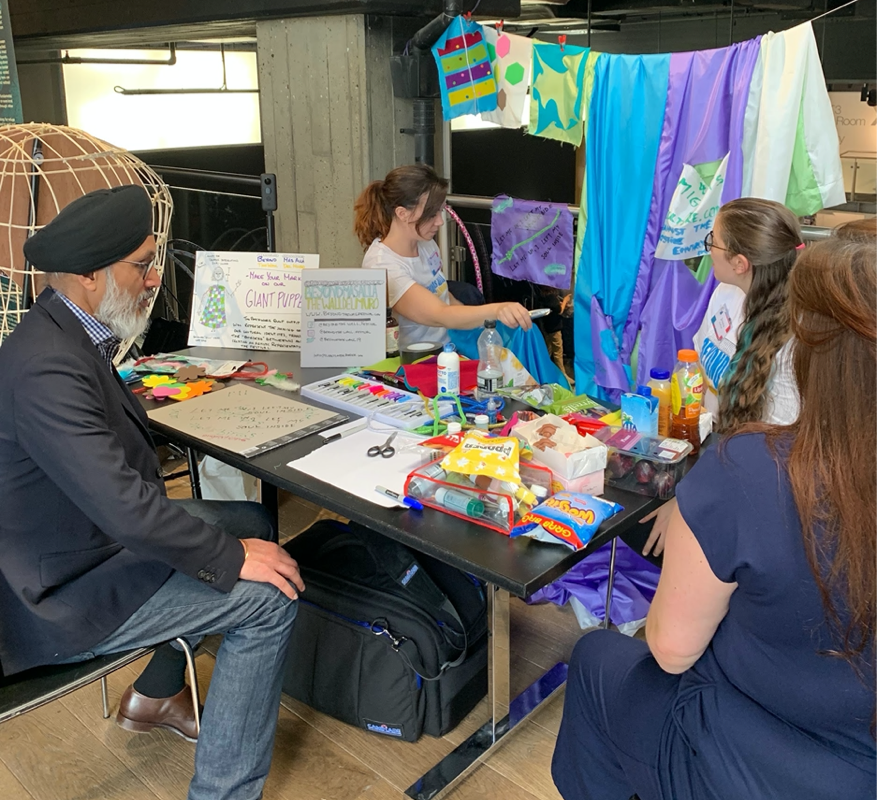 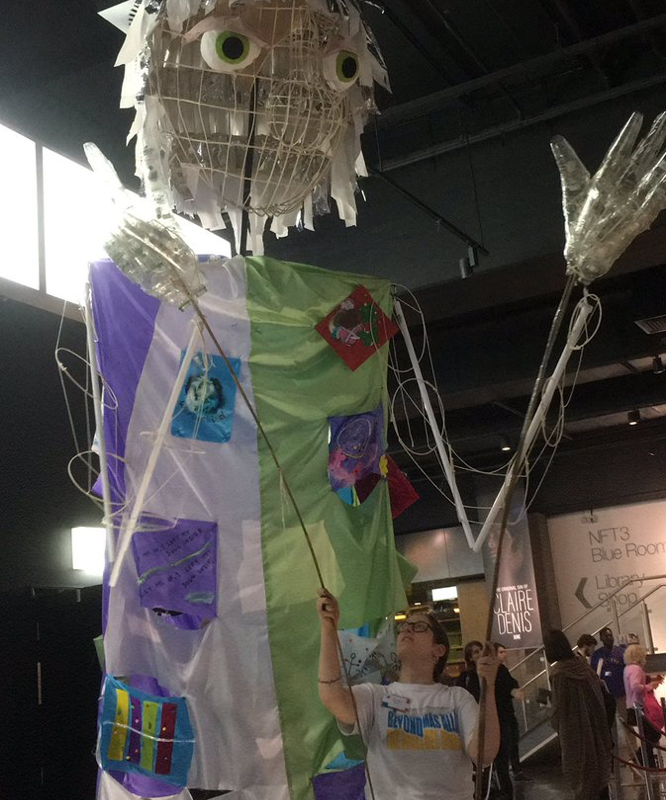 Creative Interruptions examines the role of the arts, media and creativity in challenging forms of exclusion, including racism. The project has worked with a range of collaborators to understand the lived experiences of communities that have been disenfranchised, and how they are affected by institutional racisms, faith-based conflicts and/or nationalisms. The project has explored the creativity that these circumstances produce; whether in terms of everyday forms of creative expression or in the work of artists, writers and filmmakers.

Through five, internationally-linked strands of work (across the UK, Northern Ireland, Palestine and India), the study has sought to consolidate different types of knowledge (academic, community and creative) through co-production and collaboration with local communities, organisations, and creative practitioners that work with different artforms.

As well as more traditional forms of research such as interviews and workshops, the research team has worked with international community-based collaborators to produce creative outputs using film, self-published magazines, virtual reality, theatre, and writing. This has opened up a space to hear stories and perspectives that systematically go unheard as well as to foreground how different forms of cultural production take place in our everyday lives.

BAME filmmakers and podcasters have used the Creative Interruptions platform as a response to the institutional practices and cultural norms that generate disparate racialised outcomes. For example, BAFTA-nominated director George Amponsah worked with the team in strand one, to produce a documentary tracing how black and Asian filmmakers have used screen culture to address racism in the UK since the 1970s. Alongside this, our collaboration with Runnymede Trust was established through a joint-open call, offering a resource and showcase platform for practitioners whose works engage with the ideas of race, access, and representation. Commissions for this include:

All three films can be viewed here.

Creative Interruptions research in Northern Ireland has deployed participatory theatre with diverse marginalised groups, audiences and schools from across Belfast’s sectarian divide. This project has engaged and enabled people experiencing disenfranchisement, as well as school students, over thousands of theatregoers, and other members of the public, changing mindsets, developing discussions and causing reflection on fraught topics. It has produced profoundly significant effects for those involved in its development phase, in terms of confidence building, articulating marginalised voices and concerns, and helping deal with traumatic life experiences through theatre. Performances have led to a wider impact on audiences through our ‘We’ll Walk Hand in Hand’ stage play, along with a radio play ‘Departures’, a short film ‘We Must Dissent’ and community performances of plays about refugee and LGBTQ+ experiences. This has been supported by a related exhibition, talks, TV documentary, and public events. Watch one of the documentary outputs on civil rights here.

In the East of England, Creative Interruptions research has provided a space for the stories of people working in warehouses and factories, whose moving accounts also reflected on their creative lives within and beyond the workplace. Some of these can be found in this set of short films: Workers.  Their stories reveal some of the harsh employment conditions in contemporary capitalist workplaces, and make transparent the power inequalities inherent in them, towards challenging the oppressive workplace conditions and representative labels often used to stereotype such as ‘factory workers’, ‘warehouse workers’ or ‘migrants’.

In collaboration with FilmLab Palestine, Creative Interruptions has also investigated the way cinema has been used by Palestinians to articulate the dreams, histories, memories, and struggles of the Palestinian people for national liberation. Considering cinema as a form of cultural expression, this research strand has been exploring how film has been used in this specific context to reveal the experiences of Palestinian people under cultural oppression. The strand has produced a series of organised screenings and events, such as Palestinian Film Festivals, in order to share and explore how Palestinian films are watched and received by diverse audiences. The research has created a platform for the critical appreciation of the works through encouraging social awareness about the experiences of Palestinian people that are depicted in the films shown. More information about the screenings can be found here.

In India, Creative Interruptions offered a temporary home, through residency opportunities, for a group of artists based close to the India-Pakistan border in Preet Nagar. Including living memories of Partition, the work is responding to issues of memories and loss across borders. Their work resulted in the creation of Mela, a cultural festival where local communities had the opportunity to engage in the artwork created during the residency programme. In 2019, the Mela (festival) was held at the historical site of Punjabi literature and culture, Preet Nagar.

Preet Nagar MELA invited its audiences to think differently about what is shared across that border, and about the local traditions and communities that form the cultural fabric of Punjab. Part of the art exhibited during the Mela, as well as a Virtual Reality documentary about the Mela, was shown at the British Film Institute as part of the Creative Interruptions Festival of Arts and Activism, which took place in June 2019 (https://creativeinterruptions.com/festival/).

One roundtable explored ideas and assumptions which resist dominant narratives about Palestine, highlighting the experiences and obstacles that have existed in trying to build a Palestinian film industry and culture under occupation. Additionally, there was a session on the interpretation and legacies of the struggle for civil rights in the North of Ireland on the 50th anniversary or the Northern Ireland Civil Rights Association’s campaign for equality. The Festival included a musical concert by Indian Bengali singer-songwriter, Moushumi Bhowmik, and a performance of a giant puppet that manifested border and identity politics, which was co-created on site by festival attendees and the artistic collective Beyond the Wall. The puppeteers facilitated an ongoing workshop to co-build a 15ft tall puppet, that amplified perspectives of people living in/at border sites – geographic, cultural, or otherwise.

Attendees at the Creative Interruptions Festival were able to co-build the final stages of the puppet’s construction with members of Beyond the Wall; making decisions and executions about the puppet’s appearance and movement based on conversations with the puppeteers about cultural identity and expression. The Creative Interruptions festival was closed with an inspirational and emotive keynote delivered by British rapper, poet, and political activist, Lowkey, who spoke about race and class in contemporary politics in the context of the Grenfell Tower tragedy. To watch all keynotes including Lowkey’s talk follow this link: https://creativeinterruptions.com/festival/