Madagascar in the World: Songs for Madagascar 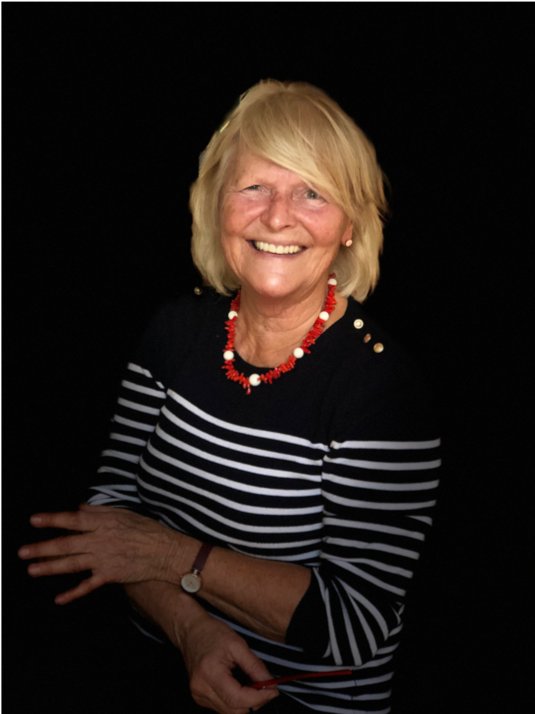 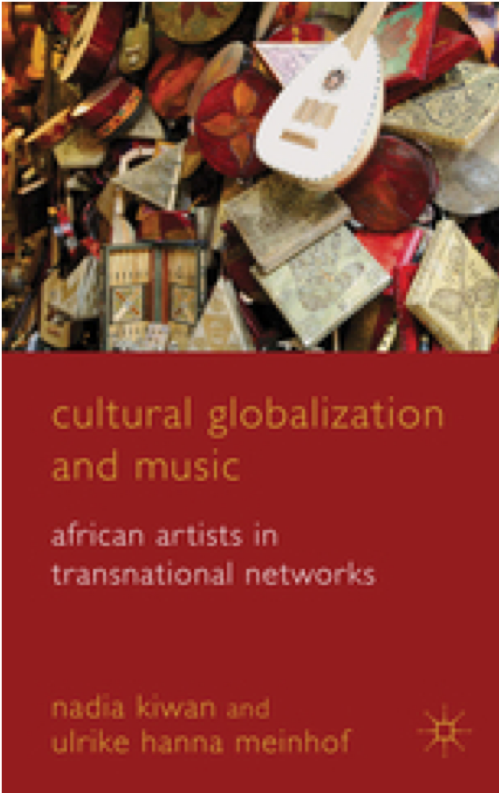 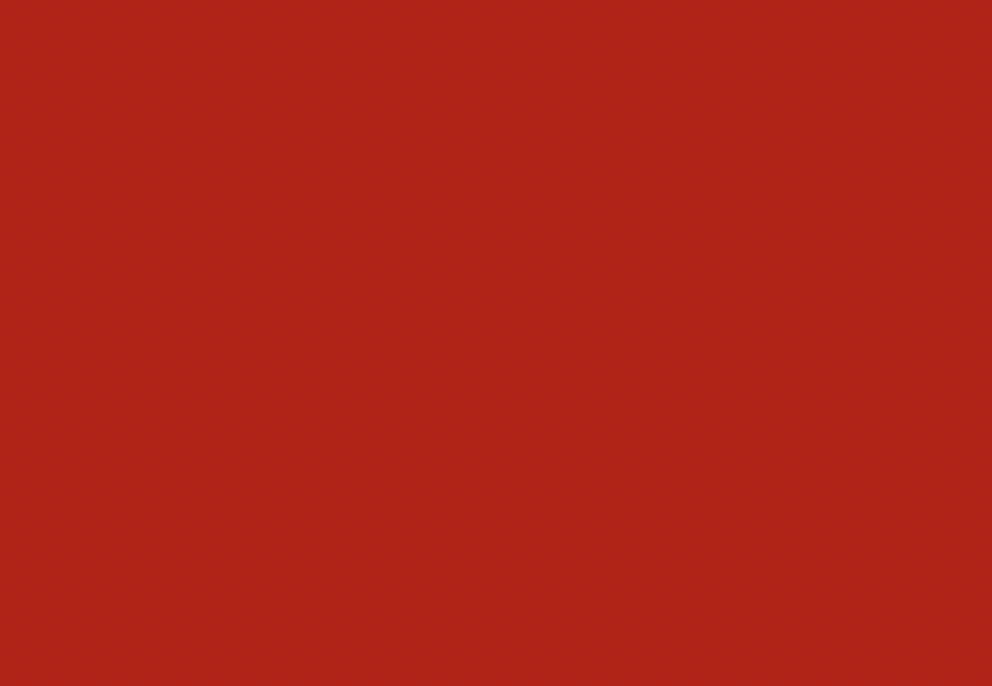 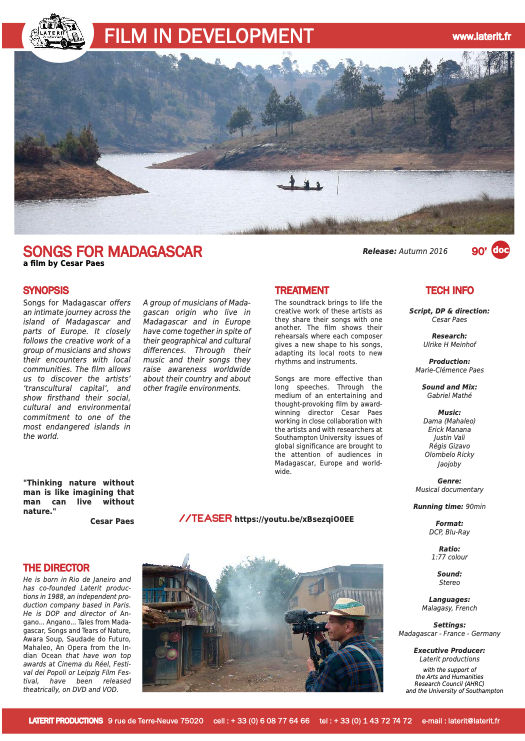 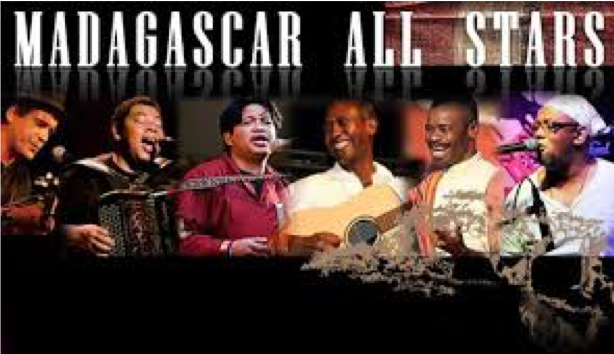 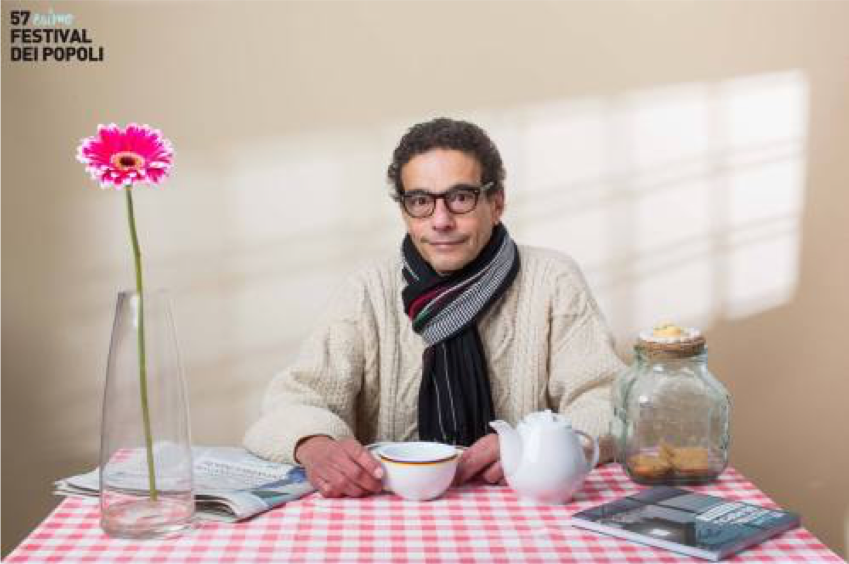 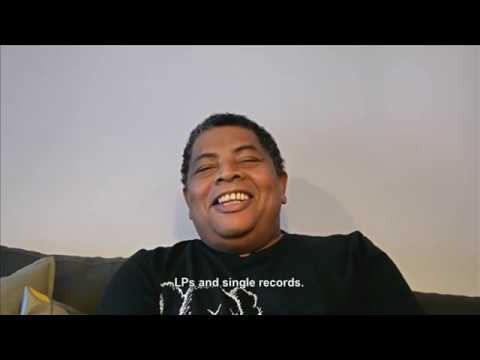 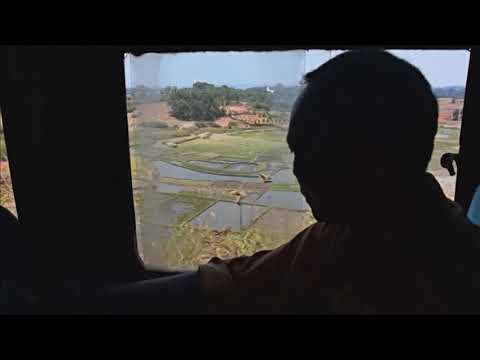 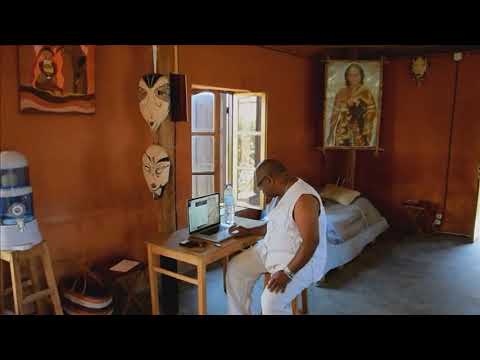 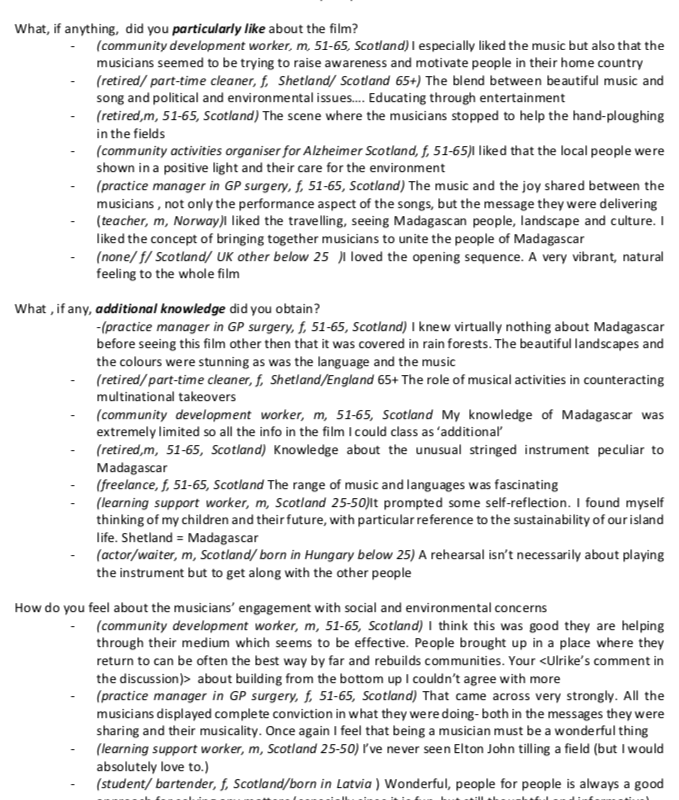 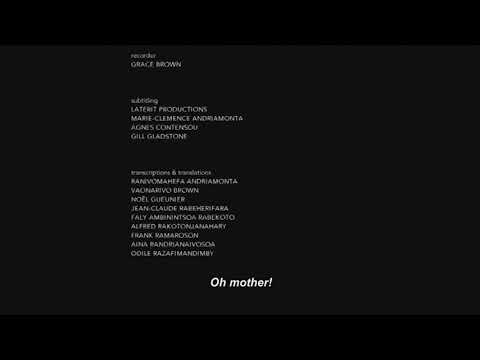 Hi. I am Ulrike Hanna Meinhof, now a professor emeritus from the University of Southampton (Figure 1). Since 2002 I have been following the paths and interconnections of musicians of Malagasy origin in and across many sites in Madagascar and from there to Europe and Africa. I’d like to take you on a journey supported by the AHRC, that moved me from an academic research project TNMundi to a follow-on project reaching out to the general public with a full length music documentary. That film – Songs for Madagascar –  produced in collaboration with award-winning director Cesar Paes from Laterit film productions shows the social commitment and movements of a group of musicians evolving from the project, The Madagascar All Stars.

In collaboration with co-researcher Dr Nadia Kiwan and a research fellow Dr Marie-Pierre Gibert whose work concentrated on North African artists, our research offers alternative perspectives to migration and globalisation research.  My own work focused on the mobilities of individual artists from Madagascar, connecting people and places in Madagascar with those in Europe, Africa and worldwide. It shows how migrants are often mis-represented in public and private discourses by ignoring their ‘transcultural capital’ and the benefit they offer to sending and receiving countries. Our analysis of the movement of artists identified particular socio-geographic spaces, individual people, and institutions as human, spatial and institutional ‘hubs’ that underpinned successful networking for many of the artists. But already with TNMundi we did not want to remain solely in the academic realm. Hence we integrated research symposia with cultural events for the general public.  Curated by the Malagasy consultant to TNMundi, the musician Dama Mahaleo, we were able to attract a large general public, NGOs and the media   in Antananarivo in 2007, in Rabat in 2008 and in Southampton in 2009. In this way our research reached out to the public whilst also supporting the emergence of a new group of engaged musicians around Dama Mahaleo, the Madagascar All Stars.

Madagascar in the World: The Impact of Music on Global Concerns

Here the aim was specifically to translate the research results from the TNMundi project for a general audience through a full feature length documentary film Songs for Madagascar with bonus material. The film was realised as the interdisciplinary collaboration between myself as researcher, the film maker and producer Cesar and Marie-Clemence Paes from Laterit  film productions, the project consultant and musician Dama Mahaleo, the musicians from the Madagascar All Stars and various NGOs and other contributors. With my full agreement there was to be no top-down voice-over explaining the theoretical and empirical outcome of the underlying research but instead the film should illustrate the activism and movements of the musicians through their music, their song lyrics and the concert-debates they engaged in. Rather than using explicit didactic commentary these different ‘bottom-up’ modes were to encapsulate key issues of environmental protection and the role of engaged diasporas in sending and receiving countries. This implicit approach raises the question as to the extent to which such themes are realised by the audiences. To find this out I followed up selected screenings in the first year of the film’s release by questionnaires in 4 different languages as well as question and answer sequences, and debates. Some of the results of this enquiry will be addressed at the end of this exposé.

The Madagascar All Stars (Figure 4)

To appreciate the formation of this group of 6 musicians, each with their own solo careers, we need to be aware of the diversity of their background and the highly charged symbolic nature of their demonstration of ‘unity in diversity’. Madagascar has for many decades suffered tensions between the coastal regions and the highlands and there are large cultural differences between these and the North and the South. There are also different career paths for those musicians who left Madagascar to make their life in Europe and those who remained in Madagascar but only occasionally tour in Europe. Hence uniting in one group musicians who originate from the different regions in Madagascar and who live today in different parts of the world is meant to show national and transnational cultural diversity in a very different and positive light.  With an origin from the Highlands of Madagascar we see on the picture Dama Mahaleo (4th from left) who lives in Antananarivo and Morondava, Erick Manana (1st from left) who  lives in Berlin and Bordeaux, and Justin Vali (3rd from left) who lives in Lille. Originating from the South of Madagascar there is Regis Gizavo (2nd from left) who lived in Paris until his untimely death in 2017, Ricky Olombelo (1st from right) who lives in Antananarivo but with strong roots in the deep south), and with an origin from the north of Madagascar there is Jaojoby (2nd from right) who lives in Antananarivo and  joined the group in 2015/2016 after the original group member Marius Fenoamby who lives in Paris left the group. The diverse composition of the group was an explicit aim of the musicians themselves – a making visible to Malagasies that there can be ‘unity in diversity’,  and also a symbolic representation of the cultural benefits of diversity to everyone.

The key question for director and researcher in creating the film was how to translate academic analysis and data into a documentary film without a ‘top-down’ explanatory commentary. Certain pre-conditions need to be met right from the start, namely there has to be a high level of trust and friendship between director, researcher and the musicians since unless there is a willingness to adapt to very different perspectives and aims, accept compromise and resolve tensions such a project is bound to fail. So when I chose to collaborate with the film director Cesar Paes I knew from his previous films that he brought a very different tool-kit to my own analytical perspective.

Since there was to be no analytical commentary how could the film tell its own story bottom-up? If we follow the camera we can see all the following techniques in practice: first of all by giving a voice to the artists and local people, showing them in conversation or at press conferences, during debates; observing rehearsals where they were learning each others’ songs, and during concerts; letting them tell their life stories and concerns in interview mode or through the lyrics of their songs, that were sub-titled in several languages. But meaning is also made through diverse editorial techniques such as image, text and music interrelations and cuts that could link scenes in Madagascar with scenes in Europe thus underlining the transnational space in which the group operates. The fact that some of these musicians were migrants with the emotional burden of leaving their homeland emerged as part of their own narrative as well as the theme of some of their songs. Personal narratives, song lyrics and debates with the public highlighted that they shared the same concerns about the poverty and environmental damage of Madagascar as those in the group who continued to live in Madagascar, and illustrated the feasibility of a transnational public sphere of public engagement. And finally following two of the musicians on a journey by car, boat and on foot to a very remote part of the island where a group of local people are engaged in re-forestation and reclaiming their former territory.  showed a natural landscape of great beauty as well as the danger of its destruction. It also raised hopes that the actions of engaged individuals can make a positive difference.

Clip 2: Justin Vali with Dama in the van (Figure 7 to play clip)

In this clip the film superimposes contrasting images over a song with explicitly political lyrics.

Between September 2016 and November 2017 selected screenings were followed by Question and Answer sessions and debates with the audiences. I was accompanied by the film maker Cesar Paes and/or the musician and project consultant Dama. Screenings  included the  Screenplay Festival, Shetland Islands September 2016; the Southampton Film Week, Turner Sims concert hall, November 2016; the Festival dei Popoli, Florence, November 2016; a film screening with a concert by the Madagascar All Stars in La Reunion, Feb 2017; Black International Cinema Festival , Berlin May 2017; a special screening at the Iwalewa House of African Art, Bayreuth, July 2017; the Festival du Insulaire de Groix, August 2017, and  the Jean Rouch Festival, Paris, November 2017

The film was also released in cinemas from June 2017, on dvd in December 2017 and it   continues to be screened until today.

Questionnaires were distributed in 4 different languages (English, French, German, Italian) depending on the film’s audience. They asked for anonymised biodata from the audience and then solicited 1 overall response (excellent to poor) to the film followed by 12 quantitative questions about responses to the content, the music and the images , with grades from 1 to 5, and 5 qualitative open questions about the major themes  to elicit free commentary.

The questionnaire also raised the topic of internal and international migration as a focus of the film. This was the least recognised theme by all the audiences, although it was appreciated during and after the debate.

Why might there be such a lack of recognition of the migration theme?

As the subsequent debates showed, there is a prevalent image in public and private representations of migrants as needy refugees or dangerous troublemakers which does not fit the talented musicians featured in the film. Hence although the film meant to challenge such simplistic representations by showing migrant musicians as activist artists with an agenda shared by engaged people in Europe and Africa alike, the film  does not sufficiently thematise that there is indeed an  alternative view of migration to be recognised. Hence whilst the shared social, environmental, humanist, and non-racist values of the specific artists was appreciated it did not translate into a comment on migrants and their transcultural capital.

We identified this difficulty of recognising the contribution of migrants through a prevalent split between two contradictory discourses in public life:

However the film works very strongly as a portrait of six engaged artists of Malagasy origin who through their music try to make a difference to  some of the most important issues of our contemporary world.

(2005) ‘Initiating a public : Malagasy music and live audiences in differentiated cultural contexts’, in Sonia Livingstone (ed.), Audiences and Publics : When cultural engagement matters for the public sphere, Bristol-Portland, OR, Intellect : 115-138.

(2003), ‘Popular Malagasy music and the construction of cultural Iidentities’, in S. Makoni and U. H. Meinhof (eds), Africa and Applied Linguistics. AILA REVIEW, 16, 127–48. (with Zafimahaleo Rasolofondraosolo ).

This project is an AHRC Follow-on Project of: