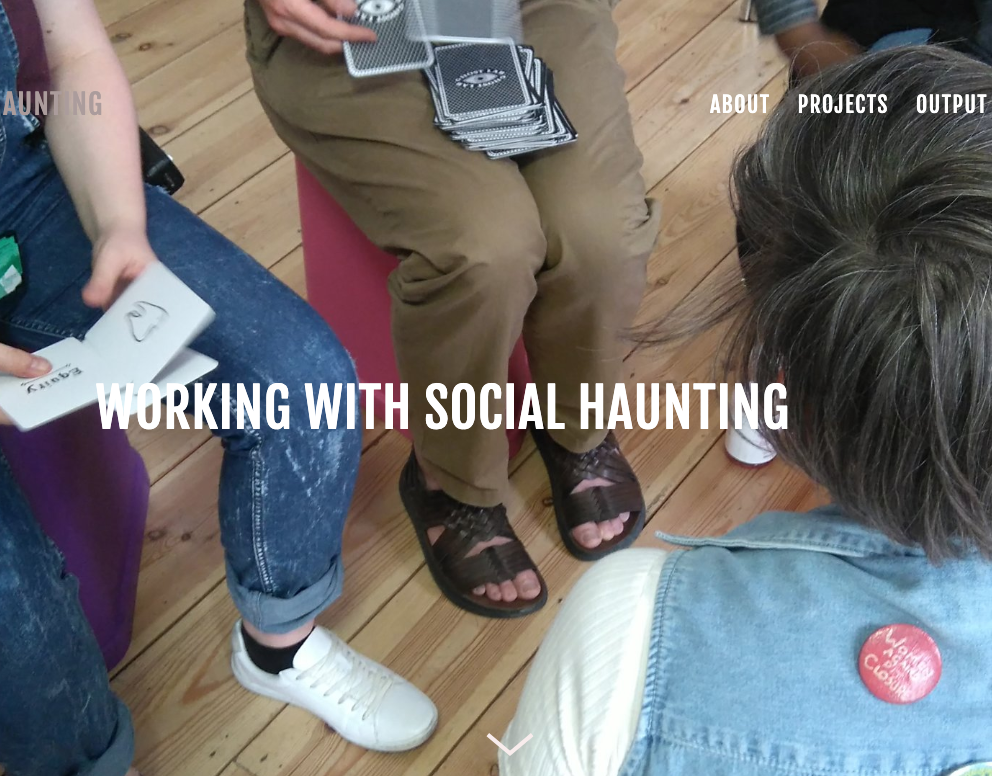 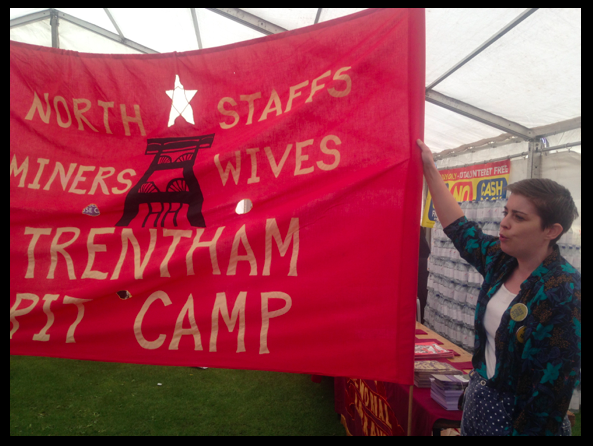 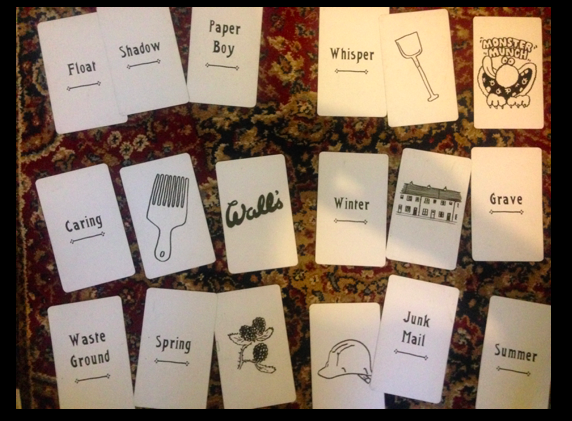 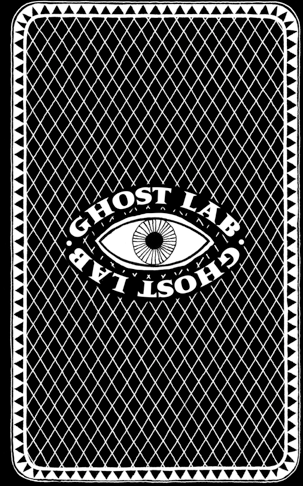 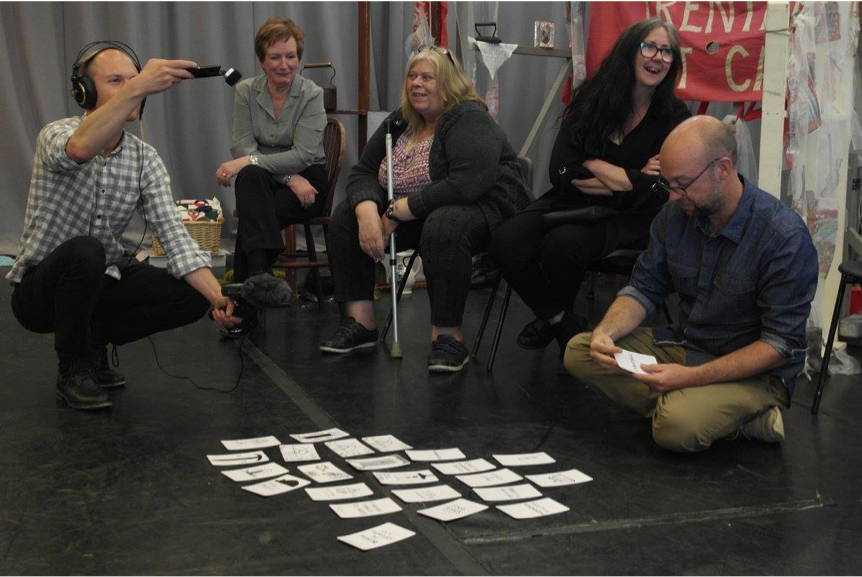 The AHRC connected Communities funded project Song Lines to Impact and Legacy: Creating Living Knowledge through working with Social Haunting (Song Lines) was the third of a series of similarly funded and closely related projects. Each focused in a different way on affective legacies of extended periods of deindustrialisation. The first project, Working with Social Haunting, worked on the South Yorkshire coalfield and in the former textile producing area around Rochdale during 2015. The second, Opening the Unclosed Space, was based mainly on the North Staffordshire coalfield during 2016. Song Lines, extended the base of study on to the Durham coalfield in the North East of England while also carrying out additional research in some of the same areas.

Working with two main partners: the Manchester-based Co-operative College and Unite Community (the community-facing structure of Unite the Union), all three of our projects aimed to investigate how troubling affective meanings are often carried into the present from contested pasts – and the ongoing legacy of conflict in the UK coalfields, particularly related to the 1984-85 miners’ strike and deindustrialisation of the coalfields, constituted our main case study. While drawing generally on scholarship around spatialities of feeling, memory and identity from within Cultural Studies and Social Theory, our central intention has been was to operationalise the conceptual framework of a “social haunting” first elaborated by Avery Gordon in her remarkable Ghostly Matters, Haunting and the Sociological Imagination (see Gordon, 1997).

A social haunting, Gordon tells us, is made evident in social settings when “disturbed feelings cannot be put away”. It is an entangling reminder of lingering trouble relating to “social violence done in the past” and a notification “that what’s been concealed is very much alive and present [and] showing up without any sign of leaving”. Social ghosts, while strongly felt are, however, not easily known and working in the ‘blind field’ that they occupy requires a new method of knowledge production that, according to Gordon can “represent the damage and the haunting of the historical alternatives”. In response to this methodological challenge we developed a series of co-produced, participatory community arts workshops that we’ve called ‘Ghost Labs’. These semi-improvised, non-hierarchical, community/activist/arts ‘event spaces’ used arts-based approaches to open up the question of how difficult affective meanings carried into the present from contested pasts might, rather than narrowing the scope of imaginable futures, actually be harnessed as energies for benevolent change.

Song Lines, a year-long project of two phases delivered over 2017, concentrated on using mainly just one of our arts techniques – the ‘Community Tarot’ reading – to generate a process of song production and, ultimately, international dissemination via the channel of community radio. In the first phase, the Community Tarot – a playful reading from a ‘Tarot’ pack showing words and images gathered during our community co-production process –  was rolled out through Ghost Labs that engaged a number of new communities. The Ghost Labs involved individual ‘readings’ which were then collected together and scaled up as community readings, assembling a kind of living cultural lexicon of community imagination, as themes emerged for sustained reflection, creative work, and action.

In the second phase, the creative materials generated through those community Tarot readings were used to stimulate the creation of a set of contemporary ballads specially written in the tradition of dissenting song by our project partners, folk musicians Ribbon Road. These ballads were then used to initiate “song lines”, circuits of ‘living knowledge’, that were fed outwards through a series of community engagement events, an archive of films, pop-up theatre and a radio documentary disseminated through international community radio. The documentary featured excerpts from Ghost Labs and Ribbon Road’s songs, an explanation of the concept of ‘social haunting’ and of the Ghost Labs, a socio-economic and political background to the communities involved in the UK project, and an interactive platform through which listeners’ in varying local contexts might reflect on the resonance of the idea of ‘social haunting’ in their own settings. In the event, the documentary broadcast by radio stations in the UK and the following stations internationally: Bembeke Radio, Dedza, Malawi; Civil Radio, Budapest, Hungary; Gombrek FM in Sidokerto-Jombang, East Java, Indonesia; Radio Dzimwe, Monkey Bay, Malawi; Radio Student, Ljubljana, Slovenia; and WMMT FM, Whitesburg, Kentucy, USA. Audiences participated in listener groups in these diverse settings and provided their own material to feedback into the project. A cautious estimate of listeners of the overall number of listeners reached was around 200,000 in total.