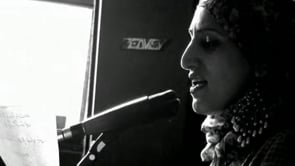 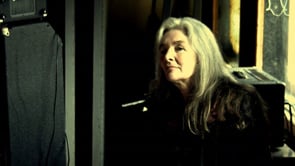 Music is a cultural product of society, a sonic reflection of ideologies and behaviours – a performative heritage.  When musical sound passes from player-to-player, or player-to-audience, we question what of this cultural meta-data travels with it, and how.

Combining the expertise of three community partners and academics from the University of Sheffield the research addressed the motivations of organisations, musicians, audiences and communities; the opportunities and barriers to the implementation of ideals, and the outcomes of engaging in musical activity.  We were interested in the duality of approach to community and music – as music made by communities and as community made through music. We worked with three community partners to explore the question, ‘What is Transmitting Musical Heritage’? together.

The Community Partners were Arts on the Run, Babelsongs, and Soundpost Community Network.  These organisations represented the range of musical experience occurring in Sheffield from asylum seeking musicians, to long term residents with roots elsewhere, to British folk traditions.

The research was enabled by an AHRC Connected Communities: Research for Community Heritage grant and running February 2013-January 2014. Outputs included community music events, a transmission day and this website to convey our findings, alongside academic articles and conference presentations.

A diverse group including musicians, musical educators, academics and artists collaborated on a project exploring approaches and creative responses to processes in the transmission of musical heritage. We were working primarily across oral traditions, accustomed to improvising, reacting and curating largely intangible moments.

The Transmitting Musical Heritage project involved a variety of activities and interventions developing a range of partnerships. It continued long after the original project ended to work in schools and other contexts and provides an enabling structure in which individuals and groups could work together on emergent projects. Three community groups (Arts on the Run, Babelsongs, Soundpost) worked in different ways to answer the question: What is Transmitting Musical Heritage?

Our project team involved a number of different partners all with particularly complex sets of skills. These interrelationships embedded between the academic institution and community partners had a strong impact on the project, its processes and its destinations. It involved varied approaches to practice and research, with the team and the co-producers at times occupying an amorphous zone where academics were academics, academics became musicians, musicians became academics, and where, thankfully, musicians were also… musicians.

Our community of practice was able to uncover tacit knowledge about playing and the process of making music together as well as to unfold narratives about which heritage was valuable and why. We each brought different styles and ways of knowing to the mix.

As part of the project we enacted something called ‘Music Co-produced’ where musicians from different traditions made sense of their musical heritage together. John Ball writes about this:

The layers of collaboration taking place between co-producers in music settings are complex, influenced by a whole range of considerations including patronage, aesthetics, musicianship, philosophical and political preferences, notions of heritage, tradition and economics. For musicians, collaborative skills are a prerequisite for survival.

Our process has been messy and complex but has led to a co-written chapter about this project (see Ball et al 2019), as well as many musical productions, both live and recorded. These include:

Frontier Media presents a special preview of the documentary Transmitting Musical Heritage 2013 featuring people, music & places from Babelsongs, Arts on the Run and Soundpost, to be followed by Ensemble 2015.