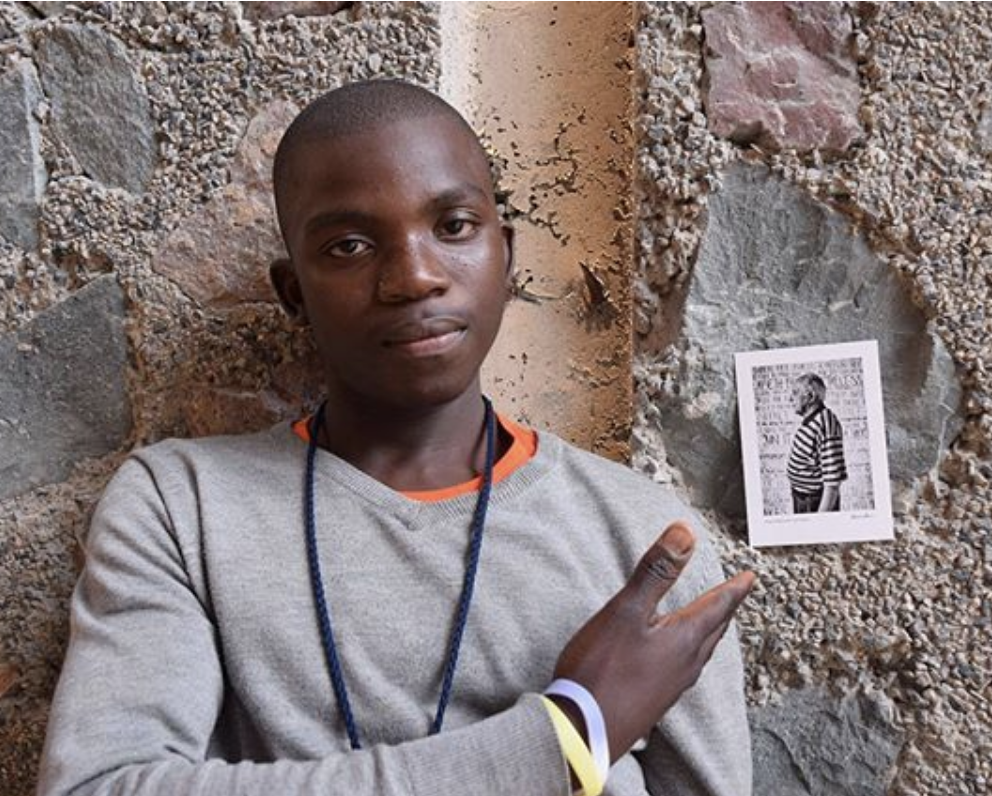 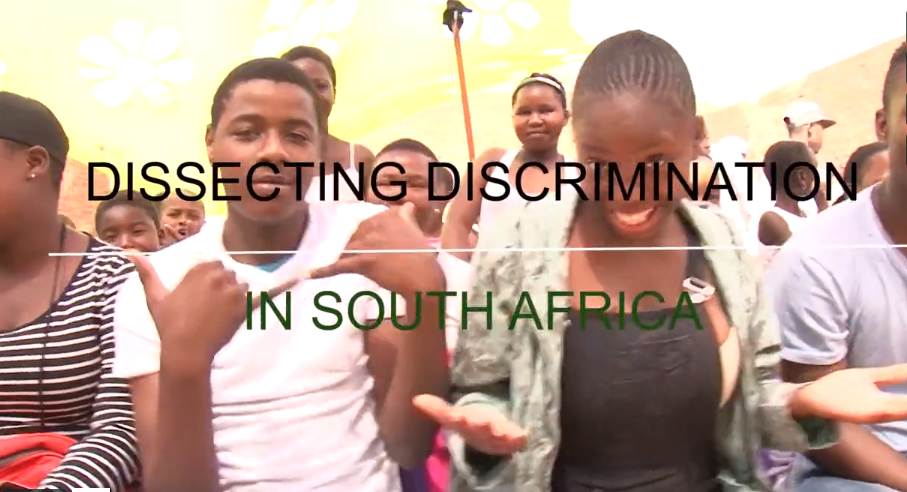 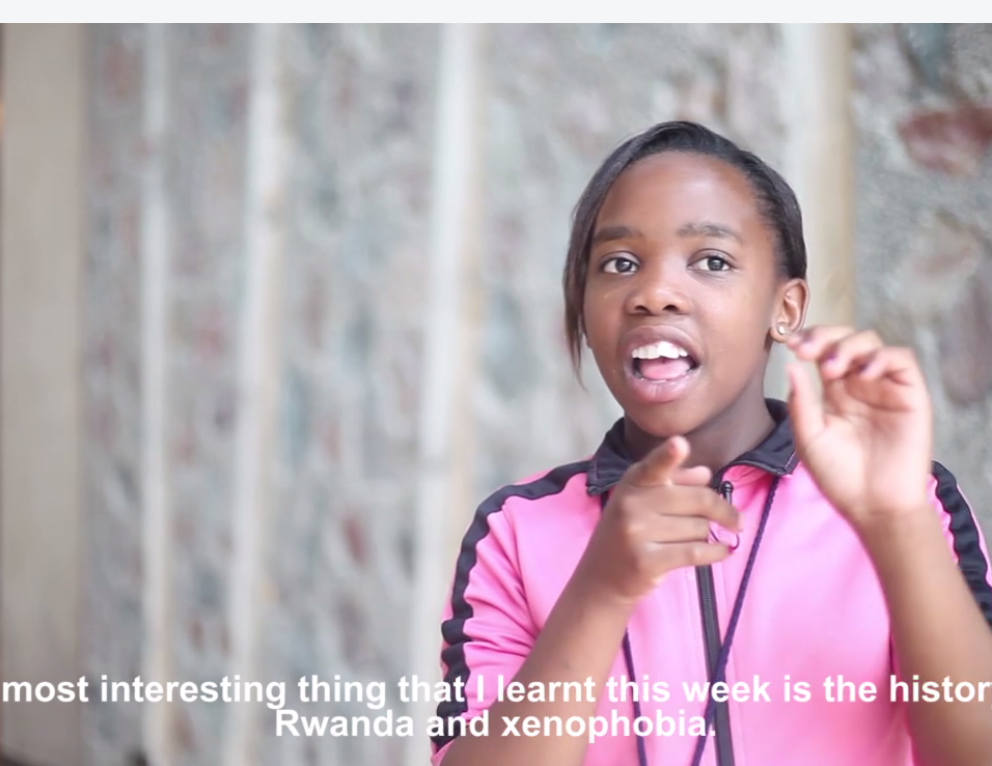 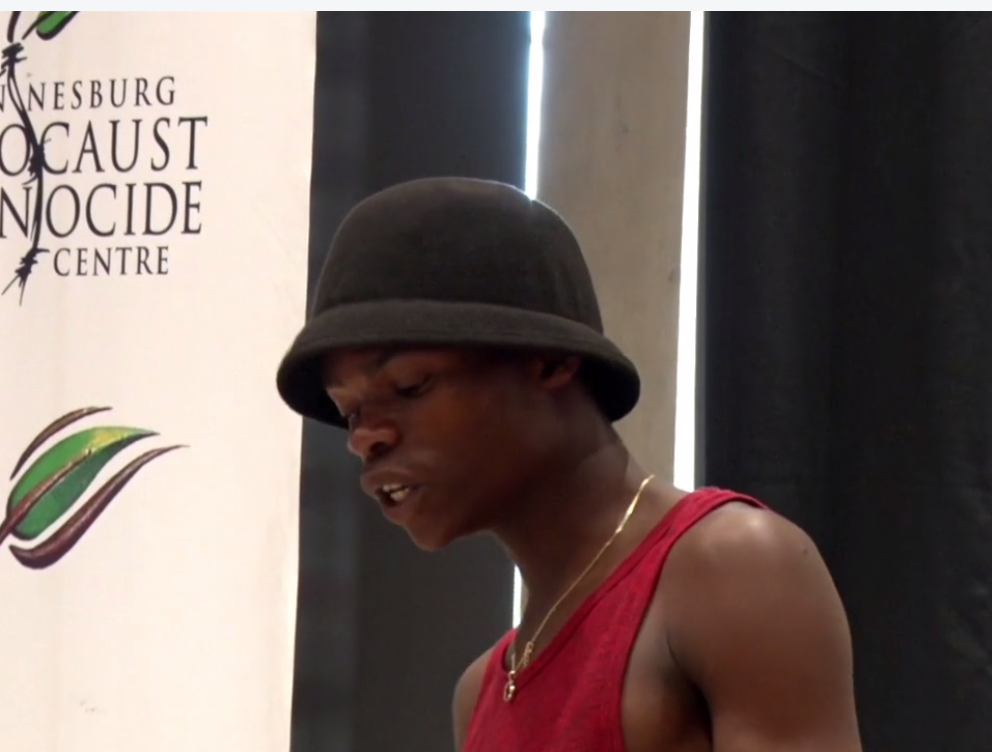 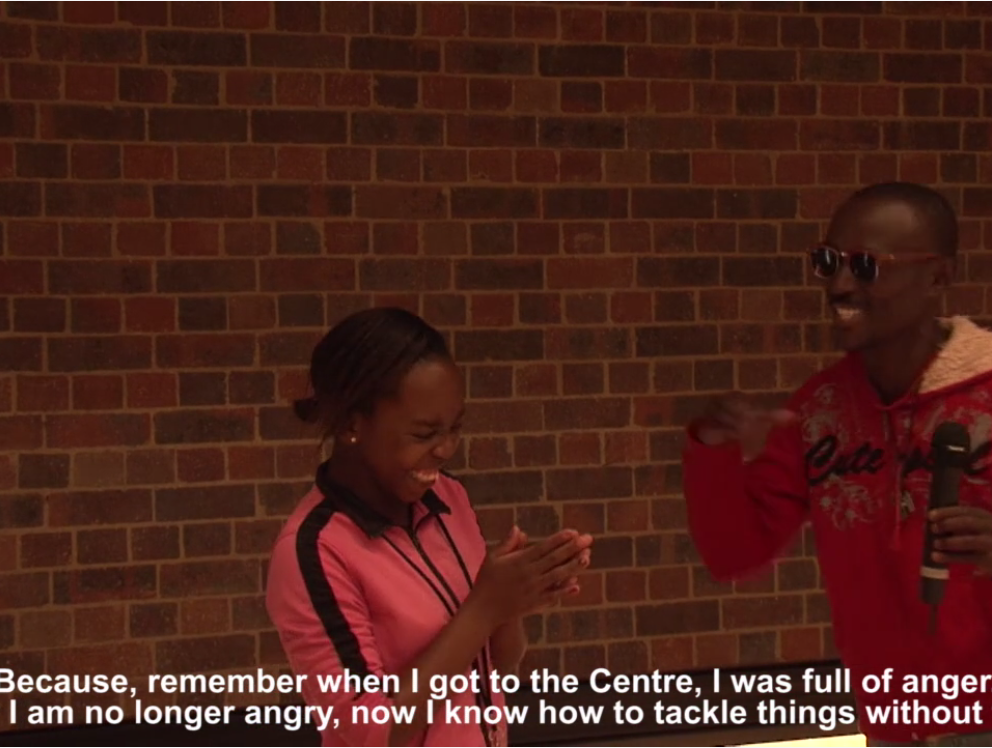 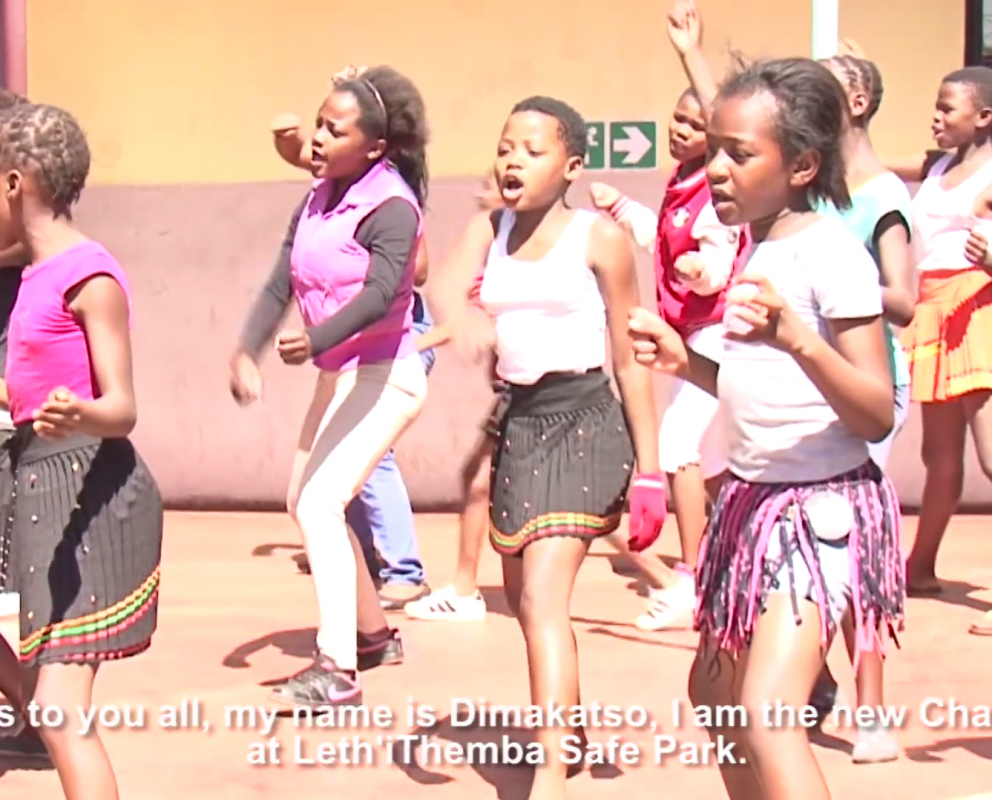 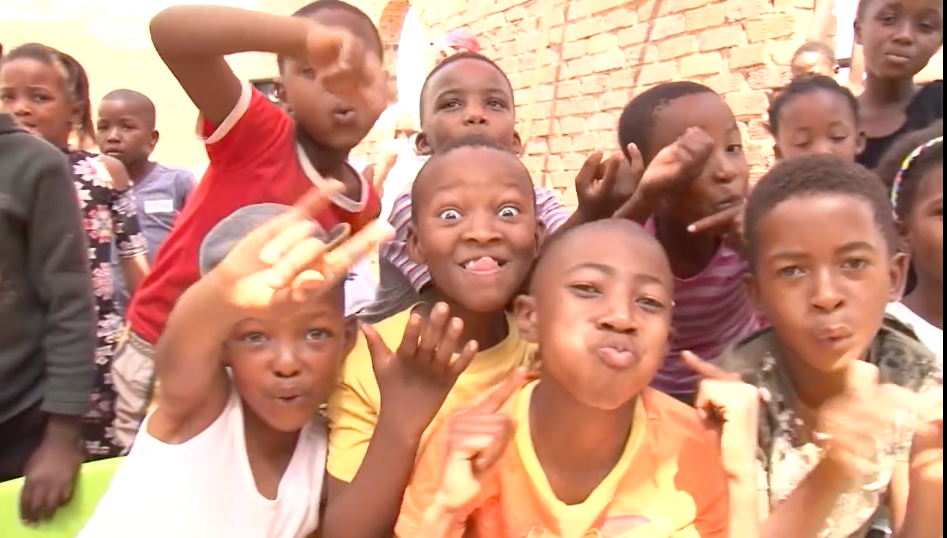 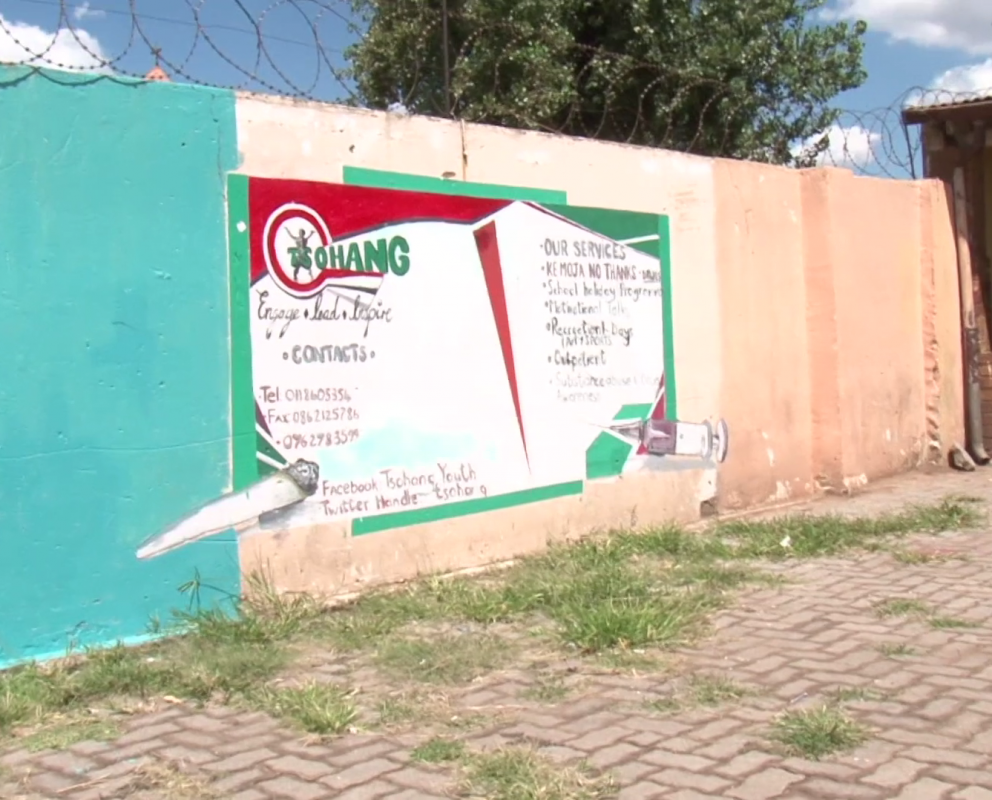 The last 10 years has seen a huge growth in violent xenophobic attacks across South Africa, particularly towards African migrant workers and their families. The aim of our project was to work with groups of young people across Gauteng province to challenge the rising tide of xenophobia, supporting the work of the international development NGO The Bishop Simeon Trust (BST), their local delivery partner Themba Interactive, and the Isibindi Safe Parks (ISP) they work with in the region. ISPs are child-care centres that provide vulnerable children with a warm meal after school and a safe space to do their homework and undertake extracurricular activities.

Also working in partnership with the Johannesburg Holocaust & Genocide Centre (JHGC), the project used the JHGC exhibition to create a set of digital educational materials that explored the lessons that can be learnt for South Africa today from the ethnic violence of the Holocaust and the Rwandan Genocide – the main focus of   JHGC’s work.  Here the project drew on the findings of Taberner and Cooke’s project Germany’s Confrontation with the Holocaust in a Global Context, as well as the findings of Cooke and Popple’s AHRC Cultural Value project ‘Experiencing the Digital World: the Cultural Value of Digital Engagement with Heritage’ on the ways in which the co-production of digital heritage assets can, when time and resources permit, genuinely connect grassroots communities with heritage institutions, effecting a fundamental shift in the relationship between the two. The main digital tool we used during the project was the community storytelling platform Yarn (http://yarncommunity.com), developed by Popple on a previous AHRC Project. This is an easy to use web tool that allows communities to tell and curate stories about themselves and their place in the world, straightforwardly negotiating complex issues such as IP and copyright.

The project began with a series of participatory arts workshops, designed to explore the issues around contemporary xenophobia in South Africa and the way it related to wider issues, such as the legacy of apartheid. Here the discussion tended to focus on the broader issue of Human Rights and the need for youth leadership in this area across the ISPs we were working with.

These workshops were then followed up by a week-long workshop run by the JHGC. Here we brought together a group of young people from each ISP to discuss with them the wider issues of the Holocaust, the Rwandan Genocide and xenophobia. This proved to be a powerful event. Whilst most of the youths had learnt about the Holocaust, they had never heard about the Rwandan genocide. Here the participants explored particularly the dangers of discrimination and stereotyping, and also the importance of not being a bystander, that there is power in standing up and advocating for what is right. This week led to the production of a number of short films and other digital resources that the participants were then able to bring back to their communities to share the learning from this week.

As the project developed, it became increasingly clear that without developing strong youth leadership structures within the Safe Parks, there was little hope of embedding the findings of our project into the core activities of undertaken by the Safe Parks. Thus, leadership development also became a point of discussion in the project. This led to a series of advocacy events that sought to raise awareness of this issue, along side discussing the issues of xenophobia and discrimination, as well as certain other social problems that our participants felt also needed to be addressed if xenophobia was truly to be challenged.

On this Yarn Page, you’ll find further films that reflect on the findings of the project and how our partner organisations are currently looking to develop our project in the future. We’re particularly pleased that the project has also led our partners to have conversations with some of the key national organisations that support the ISP scheme across the country. These include the National Association of Child Care Workers, who are interested in incorporating the findings from our project its national policy on youth leadership in ISPs.